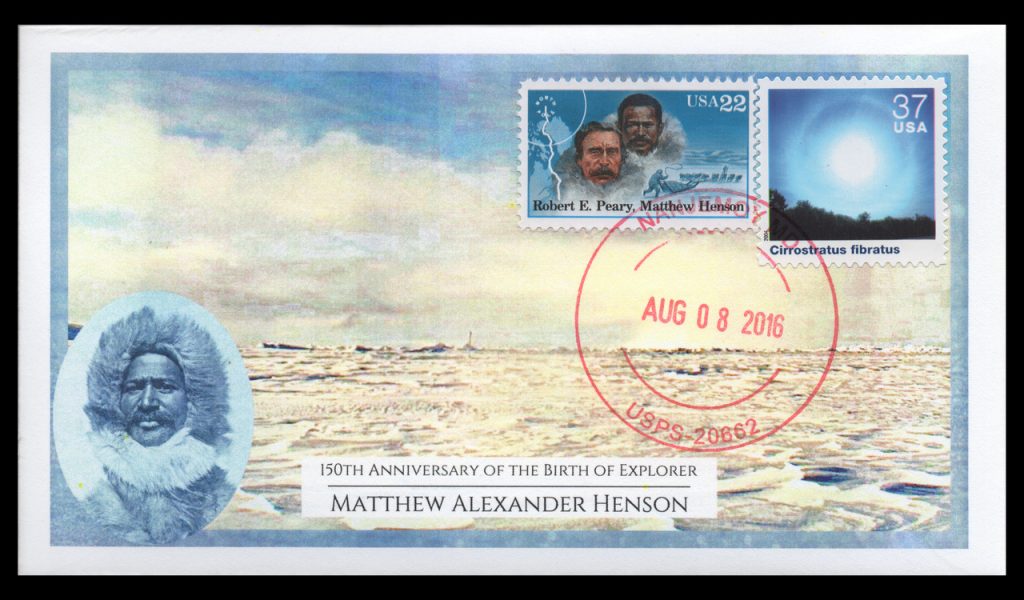 The explorer Matthew Alexander Henson was born on August 8, 1866, and was Robert Peary's "first man", voyaging with him for over twenty years. He was with Peary when their party became the first to reach the Geographic North Pole in 1909. In recent decades, some have argued that the team's measurements were inaccurate and that they did not successfully reach the Pole.

Regardless, Henson accomplishments were remarkable by any standards, and it is a tragedy that systemic racism in America led to the widespread downplaying of his contributions for many years.

I prepared five of these covers and had them cancelled in his hometown of Nanjemoy, Maryland on August 8, 2016, the 150th anniversary of his birth.