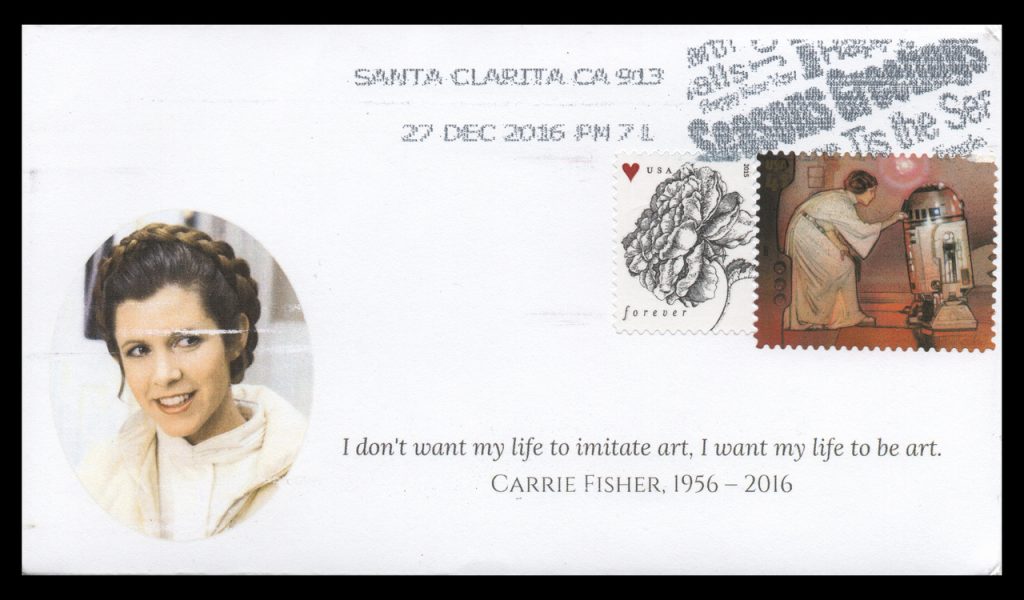 I was not able to obtain hand-cancels for memorial covers on the 27th, so I prepared covers, masked areas that would receive mailstream markings with removable labels, and applied a removable address label. They feature one 41¢ "Princess Leia and R2-D2" sheet single from the Star Wars issue of 2007 (Scott #4143f), which depicts Fisher in character as Leia, and one "Vintage Rose" stamp (Scott #4959) to mark her early passing.

They are canceled with a spray-on inkjet postmark from Santa Clarita, California on the date of her death, and received some unfortunate damage from postal machinery.