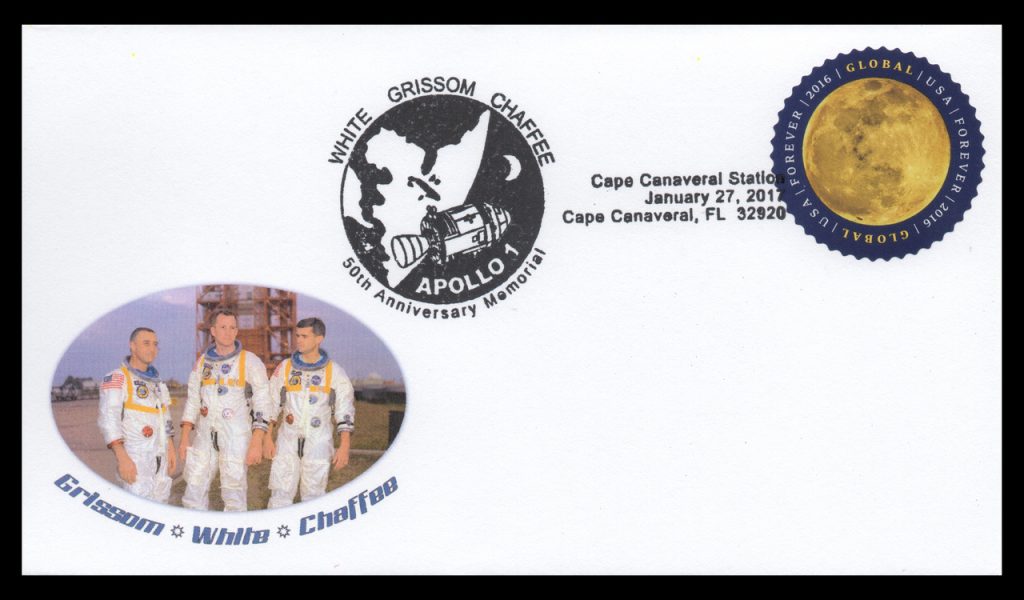 On January 27, 2017, the Roger B. Chaffee Scholarship Fund sponsored a pictorial postmark in Cape Canaveral, Florida, to commemorate the Apollo 1 mission in which astronauts Gus Grissom, Edward White, and and Roger Chaffee died in a tragic fire during a launch rehearsal exactly fifty years previously.

My covers feature a vignette of the three astronauts in an oval vignette with their names beneath. The covers each bear one The Moon Forever stamp (Scott #5058).