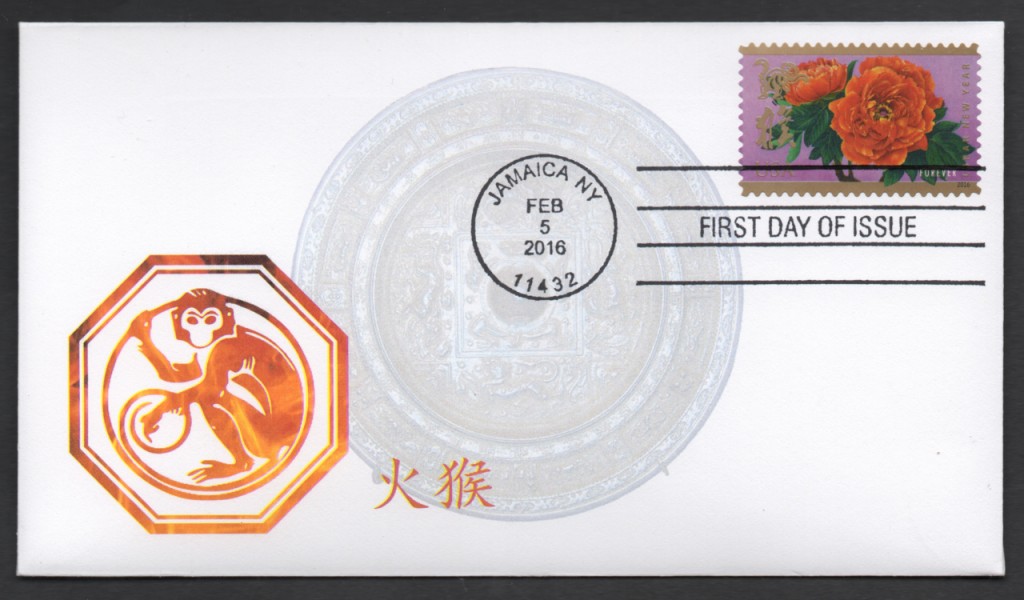 The Chinese lunar calendar expands to a sixty-year cycle: each of the twelve "earthly branches", which correspond to the familiar animals, are paired with the five elements (wood, fire, earth, metal, and water). The dates 8 February 2016 through 27 January 2017 make up a "Fire Monkey" year.

For this cachet, I masked a stylized zodiac monkey symbol against orange flames, paired it with one possible rendering of "fire monkey" in Chinese characters (火猴), and overlaid both on a processed photograph of a bronze zodiac mirror dating from the Sui dynasty (late-sixth to early-seventh century CE) and currently held by the Guimet Museum in Paris, France.