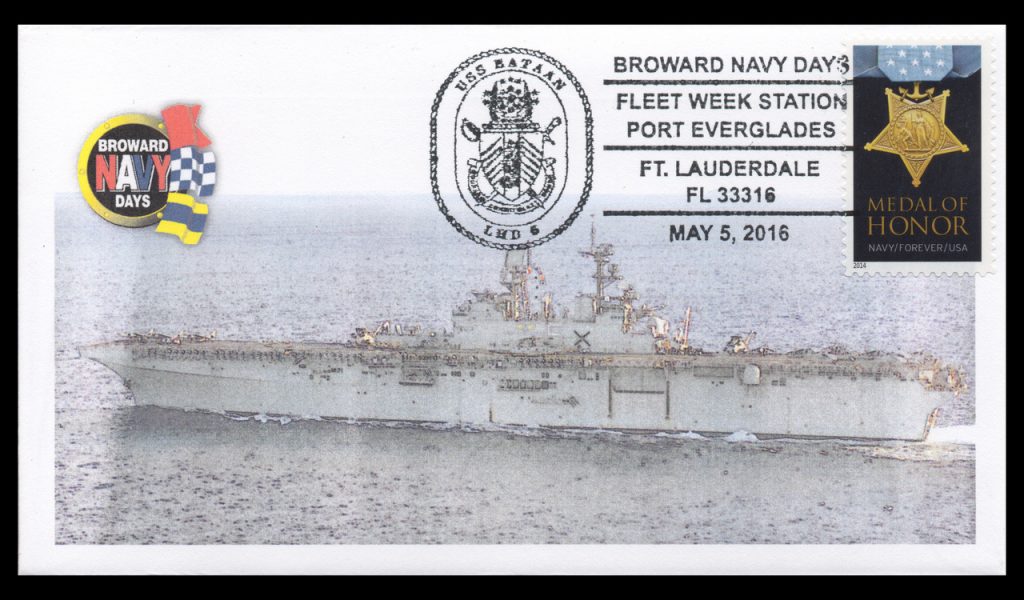 The full-envelope cachet is a processed photograph of the USS Bataan with the Broward Navy Days logo situated in the upper-left. It bears one 2014 U.S. Navy Medal of Honor "Forever" stamp (Scott #4822a) and is cancelled with a Broward Navy Days pictorial postmark dated May 5, 2016 in Fort Lauderdale, Florida.