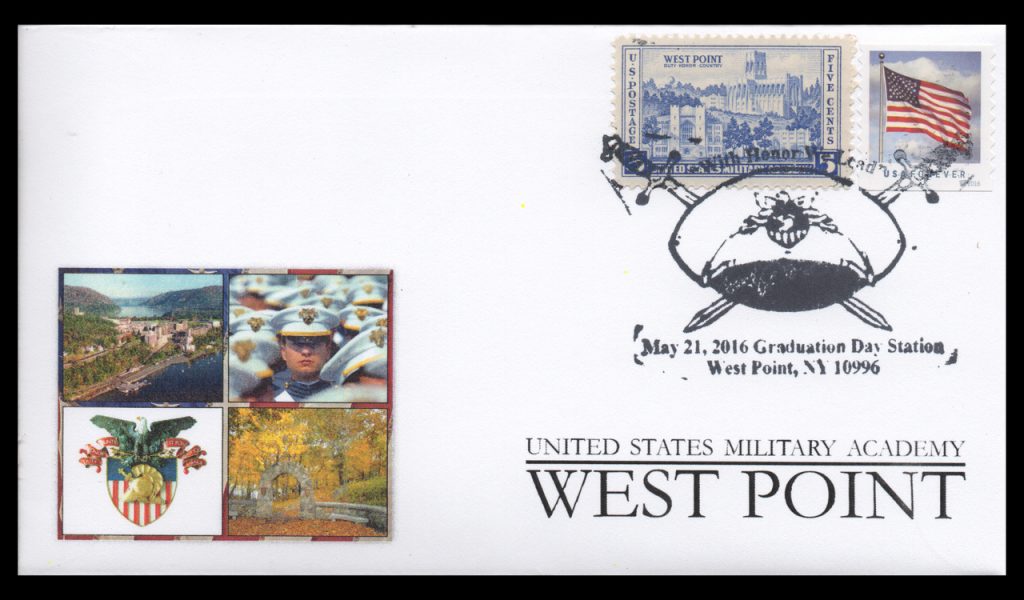 This cover features a quartet of pictures — an aerial shot of the West Point campus, the academy's insignia, a photograph from the campus grounds, and a cropped photograph of cadets at graduation — set against a United States flag. I positioned the text "United States Military Academy // West Point" in the lower right.

2 Responses to West Point Military Academy, “With Honor We Lead”