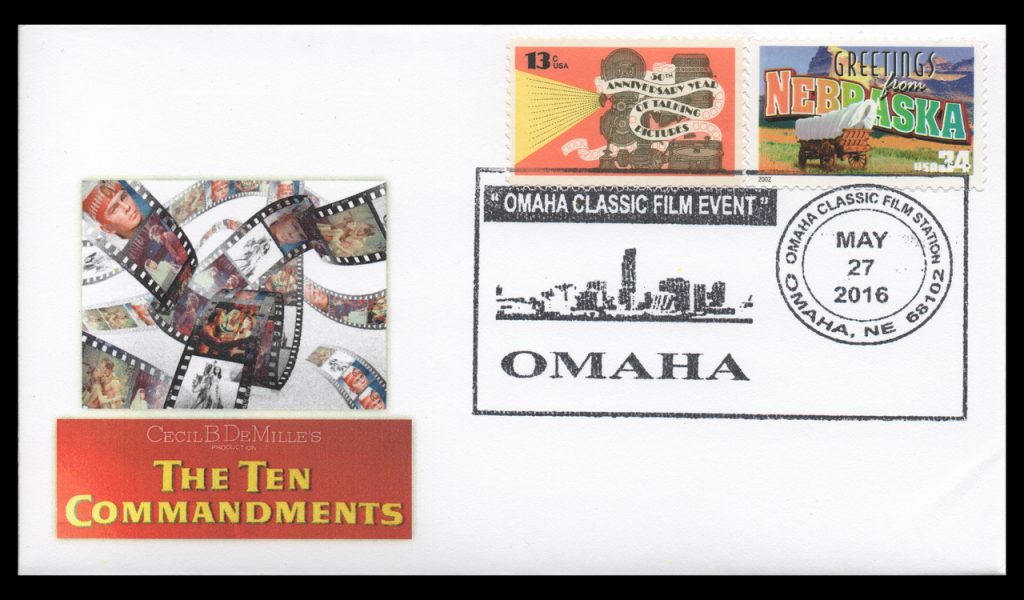 In May of 2016, film historian Bruce Crawford of Omaha, Nebraska hosted his 38th tribute to classic films with a screening of Cecil B. DeMille's classic The Ten Commandments, released sixty years before, in 1956.

In attendance were Charlton Heston's daughter Holly, as well as actress Kathy Garver, whose breakthrough career performance was the character Rachel in the film — a role the producers didn't think to credit — when Garver was ten years old.

Garver wrote a letter to The Omaha World-Herald newspaper following the event, praising the success of the evening. The entitled the letter "Another Crawford success". It read, in part:

What a wonderful and flawless event. Bruce Crawford outdid himself at his latest classic film event, with beautifully garbed Egyptian ladies and a believable Moses in a striped robe roaming through the crowd at the May 27 showing of "The Ten Commandments" in celebration of its 60th anniversary.

Besides the excellent director’s cut print shown at the beautiful Joslyn Art Museum, the audience was also witness to the unveiling of the commemorative postmark designed by famed artist Nicolosi.

Those in attendance heard some amusing anecdotes about the film and director Cecil B. DeMille. Then Holly Heston took the stage to give us a look into the character of her father, Charlton Heston, who starred as Moses. Holly Heston relayed her father’s thoughts while shooting the movie by sharing with everyone letters he wrote at the time.
The meet-and-greets in the lobby seamlessly flowed into the gorgeous auditorium where the short speeches, the unveiling of the postmark and then the showing of the magnificent classic movie took place.

I applaud Crawford’s efforts, the cooperation of the U.S. Postal Service and the lovely people of Omaha for making this an evening I shall never forget.

I was not able to attend in person, but sent in these covers for the postmark. The cachet features still-frames and publicity photos from The Ten Commandments, placed onto a swirling three-dimensional strip of film. Underneath lies a crop of the original publicity poster, crediting DeMille and announcing the title in a prominent font.

For postage, I used one single of the 13¢ "50th Anniversary of Talking Pictures" issue of 1977 (Scott #1727) and one Nebraska single from the 34¢ Greetings from America sheet from 2002 (Scott #3587). They are cancelled with the pictorial postmark commemorating the event: it features a view of the skyline of Omaha reading "Omaha Classic Film Event" dated May 27, 2016, the day of the screening.