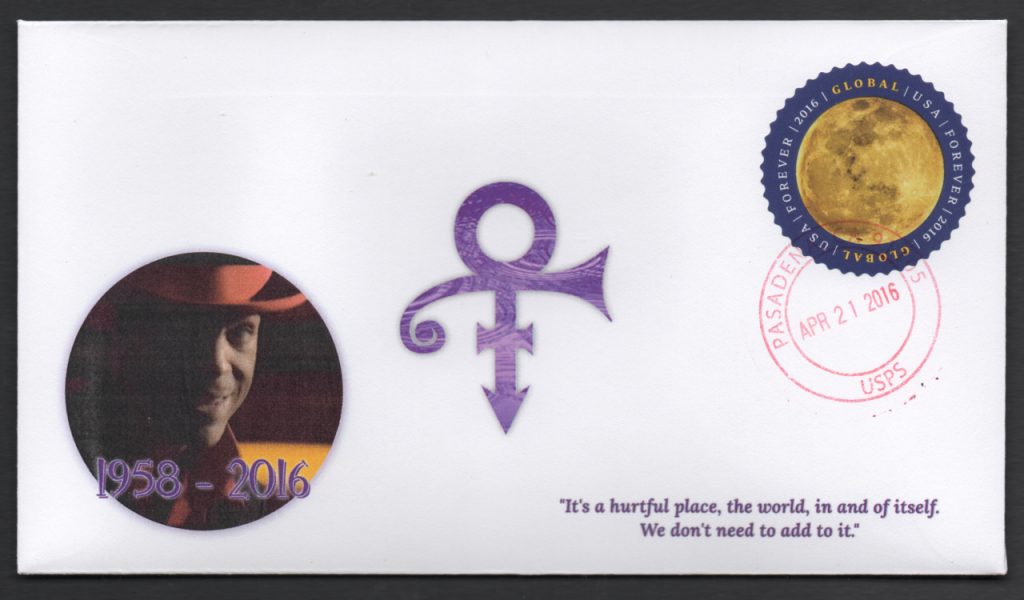 The artist Prince, born Prince Rogers Nelson in 1958, was a stunning instrumentalist, peerless songwriter, and charismatic force, and the musical history of the 20th century would not be the same without his contributions.

This commemorative cover depicts Prince's confident grin as he plays the guitar solo to "While My Guitar Gently Weeps", overlaid with the years "1958 – 2016". In the center is his famous trademark symbol, masked against purple raindrops. A quote, from an interview with Tavis Smiley, is positioned in the lower-right: "It's a hurtful place, the world, in and of itself. We don't need to add to it."